You are currently viewing only those items made visible to the public. Click here to sign in and view the full catalogue.

X-Ray Photoelectron Spectroscopy (XPS) or often referred to in general terms as Electron Spectroscopy for Chemical Analysis (ESCA). Used in the element identification of samples and can also provide information about an element's chemical environment or oxidation state. Can be used for almost any solid material, including insulators.

In XPS, the surface of a solid sample is irradiated with X-rays. These excite photoemission from the core levels of the atoms present on the surface and the resulting photoelectrons emerging from the surface are collected and their energy analysed. The kinetic energy of a photoelectron depends on the binding energy of electrons in the core levels from which photoemission is excited and each element gives rise to a set of peaks at characteristic energies. Hence the photoelectron spectrum allows identification of the elements present in the surface. The concentrations of these elements can be calculated from the relative intensities of the photoelectron peaks. In addition, the emitted electrons are of such an energy that only those from the top few atomic layers have a significant chance of escaping from the surface without losing energy, hence the technique is highly surface sensitive.

XPS can also provide detailed chemical information about the surface, as the energy of the photoelectron is dependent on the local chemical environment of the atom from which it arose. This often allows the chemistry of the surface to be inferred and the functional groups present to be identified. 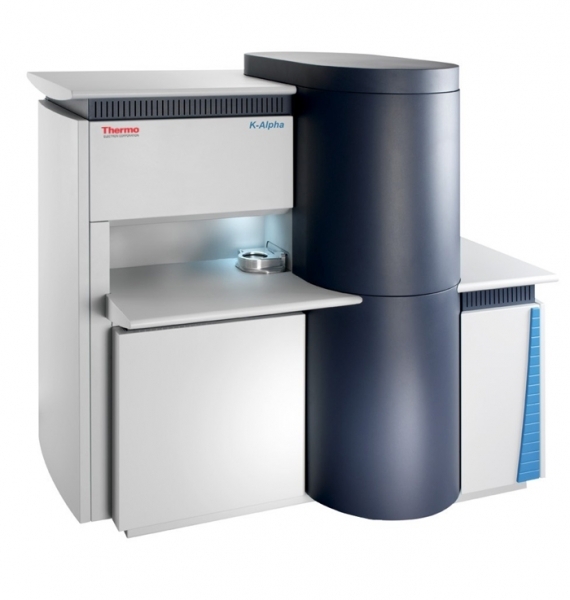